"This flat country that is not his own!" (Brel).,Near the Côte d'Opale and just minutes away from the Flemish plains, the Aa Saint-Omer Golf Club offers a breathtaking contrast with the image one usually has of the Nord Pas-de-Calais. On arriving at the clubhouse of the Aa-Saint-Omer-Golf-Club, which is built in keeping with regional architectural style, golfers immediately know what to expect: first of all, looking off into the distance, the Boulonnais countryside unfolds before them for miles around; on directing their gaze to the immediate surroundings, they look down on the hills and valleys that form the fairways.  The latter were designed by the Dutch architect Dudock Van Heel, who took full advantage of the uneven terrain, as if to evacuate his pent-up frustration! In a natural site, uphill and downhill, 18 holes hosting the European Tour. The holes are not terraced across the slope, as is often the case in mountain courses, but instead carve a passage among the hollows and rises. While water is not the greatest source of concern -just a few ponds of moderate dimensions-, the uphill and downhill slopes make the course a "physical" one. And this is the case right the way through to the 18th hole, a long par 5 that requires an ultimate uphill climb to reach the green.
Coupled with this "athletic" aspect, is another feature that is typical of the Aa course: the appreciation of the greens. During the European Tour competitions that are regularly hosted here, these greens have given pause to many a professional player who could do nothing more than to swallow their disappointment. Indeed, many well-camouflaged slopes immediately penalize those who have not taken the time to examine them closely. But this does not diminish the pleasure afforded by this carefully preserved nature site, which accommodates the 27-hole course that has been opened for some ten years now. It is not uncommon for fallow deer to erupt from the woods that flank several of the fairways.  A stone's throw away from the Saint-Omer-Boulogne expressway, the course offers players a superb opportunity to commune with unspoilt natural surroundings boasting a dense and varied vegetation that belies its relatively recent age. 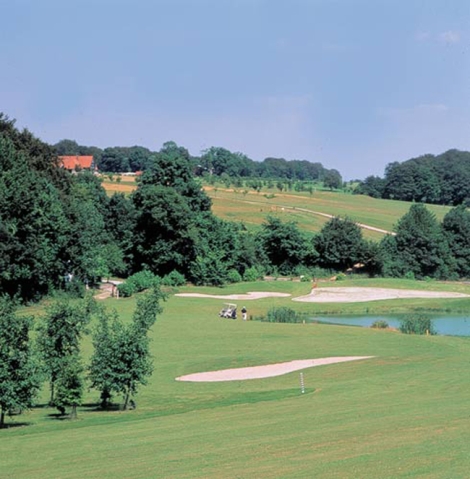 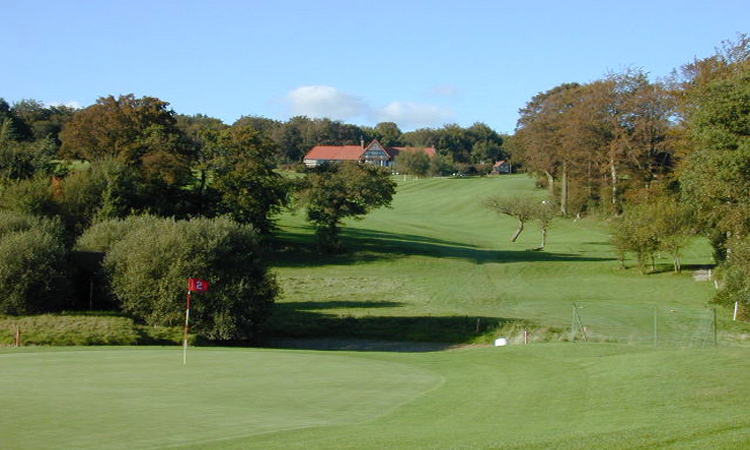 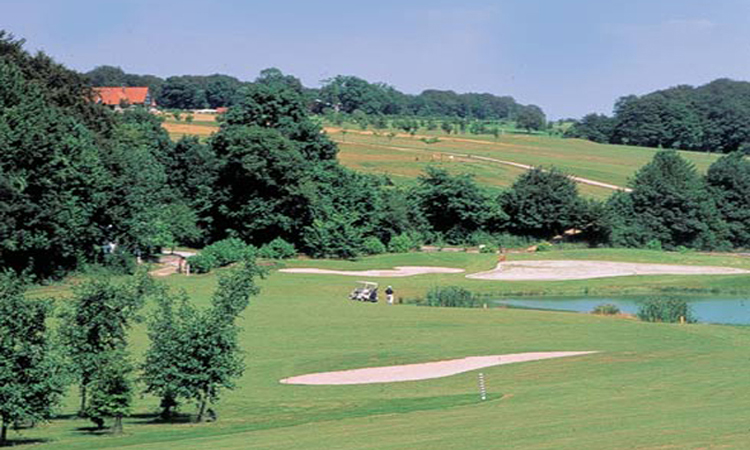