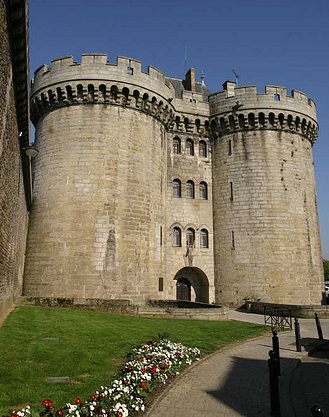 Alençon, former "Cité des Ducs", owes its international renown to its needlepoint lace "Alençon stitch", famous since the creation of the royal manufacture by Colbert. The city is at the gates of the Normandie-Maine Natural Park, leading our steps from Pertseigne in Andaine, from Ecouves to the Alpes Mancelles ... Lovers of equestrian sports, fishing or walking will find their happiness in the magnificent and restful forests of Orléans. You will appreciate the charm of the castles, manors and other monuments such as the Halle au Blé discovered at the bend of a path, while savoring at the stage the delicious gastronomic specialties that have made and continue to make Normandy the country of good- live.

Important sites to see around Alençon. 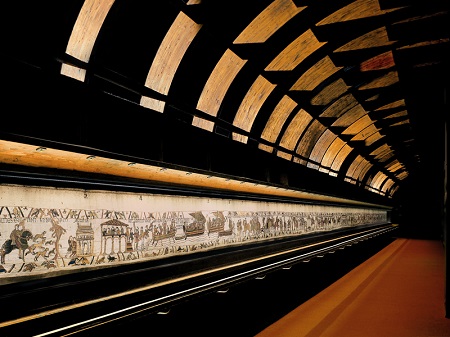 The small town of Bayeux, capital of Bessin, proudly remains the medieval city at the gates of the D-Day Landing Beaches. We no longer present the famous Bayeux Tapestry, a masterpiece of the Middle Ages embroidered to the glory of William the Conqueror and now classified by UNESCO.

But do you know the pleasure of strolling through the small cobbled streets of the episcopal city, lined with half-timbered houses, mansions, welcoming shops and workshops. Proudly erected in the heart of the protected sector, the towers of Notre-Dame Cathedral, dedicated in 1077 in the presence of the Duke-King, majestically watch over the surrounding countryside and the nearby coastline. Fortified farms, manors, castles including the Château de Balleroy and abbeys are everywhere present and reveal themselves thanks to curious walkers.

Important sites to see around Bayeux. 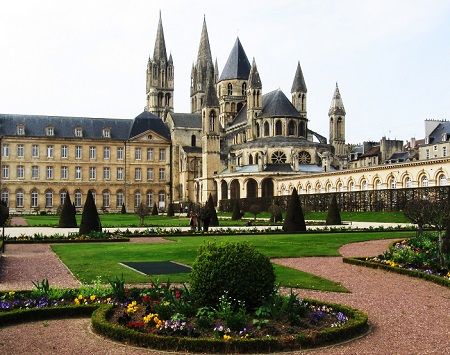 The soul of the city, rich in its 1000 years of history, nestles in the old districts of the city center. Born from an island fortified by the Normans at the confluence of the Orne and the Odon, Caen was the favorite city of William the Conqueror who built a Castle and two abbeys there: the Abbaye aux Hommes and the Abbaye aux Dames. After the conquest of Normandy in 1204 by Philippe Auguste, the English besieged Caen in 1346 and 1417 and remained there until 1450.

But we must not forget the more recent history ... The City of William the Conqueror paid a heavy price during the Second World War. She was released on July 9, 1944. The Battle of Caen lasted 2 months. Caen will be rebuilt around the safeguarded monuments which will be restored. The "Green City" today offers a very welcoming aspect with its houses built in Caen stone, its ancient monuments and its modern achievements. Window-shopping enthusiasts will not be disappointed. Shopping in Caen is a very popular activity!

Important sites to see around Caen. 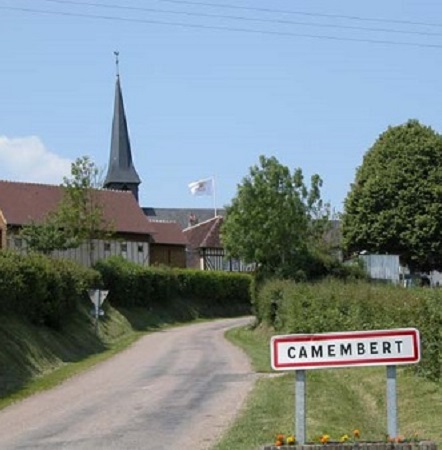 By going to this little corner of paradise, on the borders of Pays d'Auge and Pays d'Ouche, you will meet an authentic Normandy rich in tastes. Camembert is one of those villages that we take pleasure in exploring and photographing! The Camembert sign located at the entrance to the town lends itself well, as does the Camembert house. A stopover by the "President" Farm is essential in order to familiarize yourself with the manufacturing processes of the Camembert de Normandie which has had an AOC (Appellation d'Origine Contrôlée) since 1983. For the record, know that attributes the Camembert recipe to a local farmer, Marie Harel, who, in 1791, developed the famous cheese on the wise advice of a refractory priest from Brie. Around the village, you will go from discovery to discovery in a preserved environment, a thousand leagues from the urban bustle. Peaceful valleys with green pastures, apple trees and half-timbered mansions line the route and invite you to absolute serenity.

Important sites to see around Camembert.

The rocky island rises above a large alluvial plain whose particularity is to be invaded by the sea at each tide. A geological curiosity that was used to build a place of worship for the Benedictines. It then became a major place of pilgrimage. The building that we know today is the result of successive constructions with the highest point being its abbey church with, at its summit, the statue of the crowned Archangel Saint Michael. The houses have been preserved, which allows the whole to be an impressive tourist site. Easy access was lacking, due to the tides, which was done in 2014 with the construction of a footbridge and a dike. 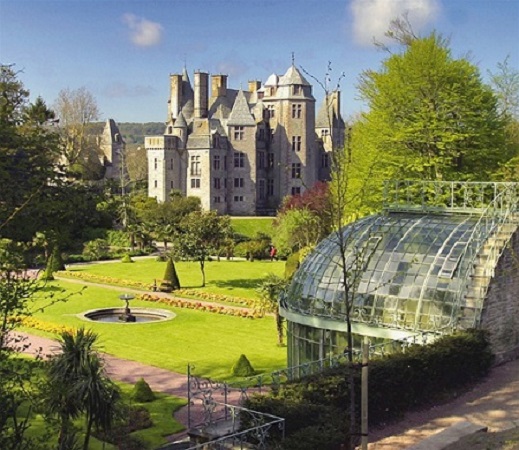 In the English Channel, Cotentin is an essential destination for recharging your batteries and filling up on discoveries. Stop at Barneville Carteret, a resort popular with boaters. Go to the end of the world, in the Hague, visit Cherbourg, the maritime capital renamed "Port of the Americas". Go in the footsteps of the landing. Visit Barfleur, the "most beautiful village in France". Discover the Vauban towers listed as World Heritage of Humanity. Stroll through the streets of Saint-Vaast-la-Houge, elected "Favorite Village of the French 2019" in the program by Stéphane Bern. And taste the Saint-Vaast oysters ...

From its privileged position facing the English Channel at the end of the Cotentin peninsula, the former Coriovallum, Carisborc or Chierebourg grew up on the banks of the Yvette. In a green setting bathed by the sweetness of the Gulf Stream, Cherbourg is a city truly open to the sea. Transatlantic stopover of the most beautiful and largest ocean liners in the world (such as the Queen Mary II), fishing port, trade , military or pleasure, Cherbourg regularly hosts major nautical events, such as the Figaro Race. Local life gives pride of place to culture, between its Italian theater, its art and history museums, the Cité de la Mer, its basilica, the Château des Ravalet and of course, the umbrella factory from Cherbourg. Wedged on the green slopes of the Cotentin, the city admires before it a titanic work of the 18th century: the largest artificial harbor in the world.

Important sites to see around Cotentin and Cherbourg. 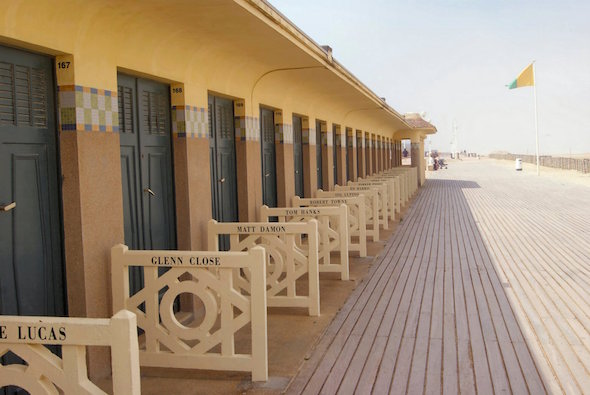 The city of elegant leisure and good taste knows how to entertain, and everyone finds happiness there. An essential stopover for boaters, the internationally renowned seaside resort knows how to charm its visitors with class, between its hotels, its casino and the Etablissement des Bains de Mer. The 653 meters of planks of its promenade offer an astonishing spectacle: in front of an impressionist backdrop where the rays of the sun play with the clouds and the reflections of the water, stretches a field of multicolored parasols. Deckchairs and beach huts are the essential accessories to admire this painting which takes on a new dimension when the time comes for the American film festival. With the rich programming of the International Center, the small city can boast of being a leading cultural center. The image of Deauville is of course also that of the Equestrian World, races and stud farms which attract both enthusiasts and laymen.

Important sites to see around Deauville.

Between Deauville and Caen, Cabourg is a real invitation to escape and well-being.
The history of the resort with its illustrious ambassador Marcel Proust will amaze neophytes and enthusiasts alike. Its Grand Hotel, its thalassotherapy, its pedestrian promenade, its 4km of fine sand beach and its Belle Époque villas, make it a destination with authentic charm. Visit the "Villa du Temps Retrouvé", a pretty museum in which, thanks to Marcel Proust, a true guide, the visitor will discover the epic of the Belle Époque through a journey through the daily life of this fascinating and fruitful period which corresponds to the golden age of Cabourg and the Côte Fleurie. 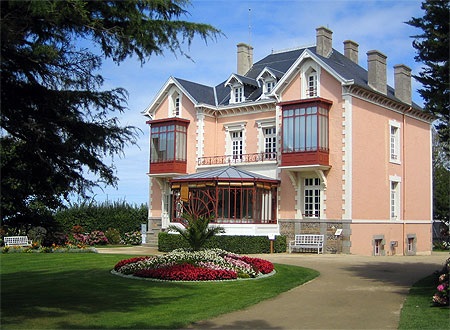 This city fortified by the English in the 15th century retains, in its upper part surrounded by ramparts, traces of its military and religious past exhibited in the Museum of Art and History. Houses of character and picturesque hotels of the XVl and XVlll centuries will mark your visit. Granville is the natural home port of the companies which serve the Chausey Islands and the Channel Islands of Jersey, Guernsey and Sark. Its beautiful sandy beaches, its sea pool, its Christian Dior Museum and its many activities make it a very pleasant destination.

Every year in winter, the Granville Carnival, a veritable institution, spreads its flood of good humor in the city. In summer, the Bath Trips Festival takes over.

Important sites to see around Granville.