With its authentic 17th Century setting evocative of an inn from olden times, the Auberge du Bon Fermier invites you in the North of France to share in the emotion, history and pleasure of discovering the secrets of creative regional cuisine.
The inn is in an elegant Henri IV style that incorporates regional touches in its proportions and a well-balanced ornamental aspect that is in harmony with the surrounding area. When Louis XIV made his Joyeuse Entrée in Valenciennes in August 1680, the Auberge was known as 'A La Ville De Troye’ (The Town of Troy). This recalls the large-scale fairs in Champagne, where travellers, merchants and drapers passing through the city dined and held festivities at the same time. Stuffed capons and haunches of meat were roasted in the hearth, hotpot bubbled on the stove, frothy ale fizzed in stoneware tankards, the claret wine from the slopes of the vineyard swirled in bulbous flagons and the rousing country ditties covered the din of horses' hoofs clattering on the round cobblestones of the courtyard.The house was widely renowned. Jacques Fontaine ran it until 1701, and his successors were still in charge of turning the spit in 1789. At that point, the Auberge was taken over by the Dubled family, of which Charles Leon Dubled, the last in line, was to die in May 1940.
In around 1841, ‘La Ville De Troye’ changed its name to ‘Bon Fermier’ (The Good Farmer). In 1976, the new owners began a faithful renovation programme to restore the inn to its former glory and enable visitors to experience the atmosphere enjoyed by the ostlers of 1560, and currently offer a range of creative regional cuisine served in a setting rich in art and history, near the Royal Hainaut ,  Mormal and Mont Garni Golf Clubs. 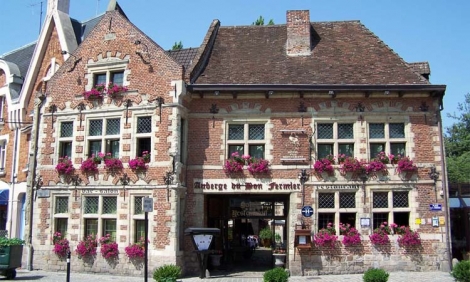 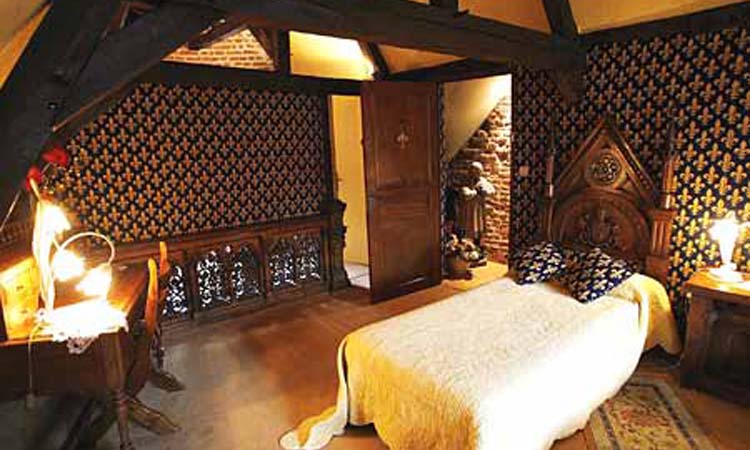 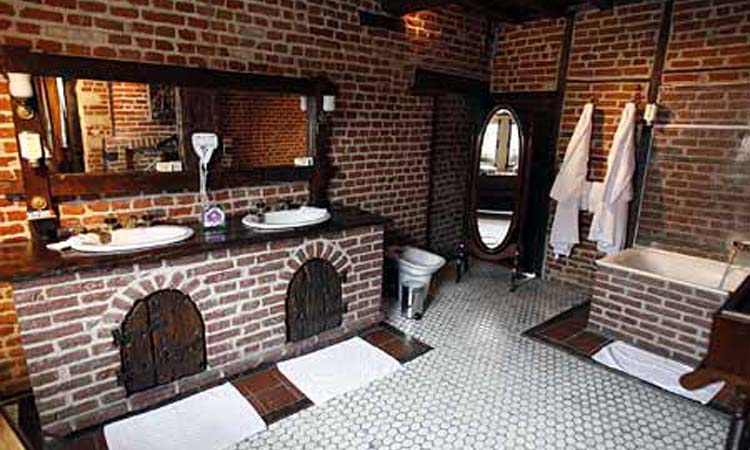 Around of Auberge du Bon Fermier