Discover in Normandy an exceptional site dominating streams, at the heart of the city, near the Casino, near the Museum Christian Dior as well as near the harbor station for the departures the Chausey Islands, Jersey, Guernsey. Situated in the Mont St-Michel Bay, the 4-star hotel, the Mercure Granville " Le Grand Large" possesses a fantastic view over the sea. He( overhangs on one side, a magnificent seascape with far off Chausey Islands and beyond Channel Islands, of the other one, the city, ports and on the horizon the Britanny coast (unique at Granville).
Situated in a quiet residential area near the city center, the Mercure Granville " Le Grand Large " invites you to relax. The freedom to live with your rhythm : rooms with or without balcony, duplex, apartment, completely renovated offer all the comfort calling up to the relaxation. In the evening, the dinner will be served to you at the restaurant " Le Hérel ", an authentic Norman cooking.
Situated near Granville, the hotel is easily accessible. Fortified city by English in the XVè century, you will visit the vestiges of her military and religious past. Granville is also the starting point towards the Islands of Chausey, Jersey and Guernsey. Granville was the city of Christian Dior which left a magnificent museum. 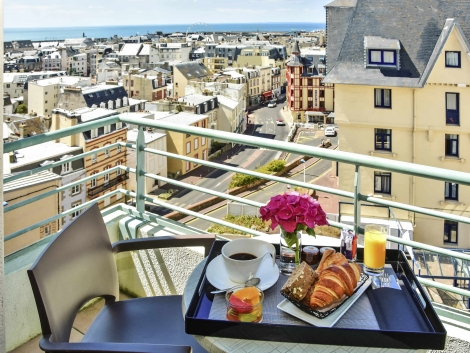 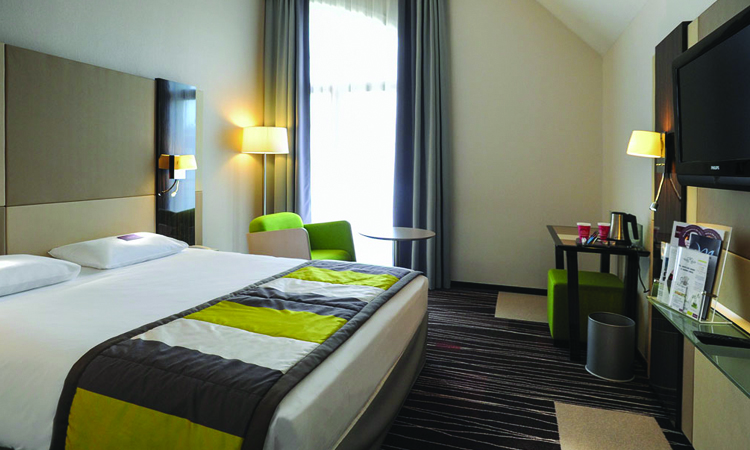