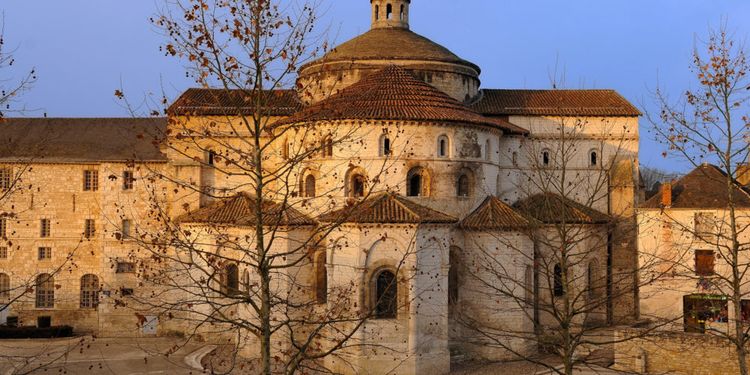 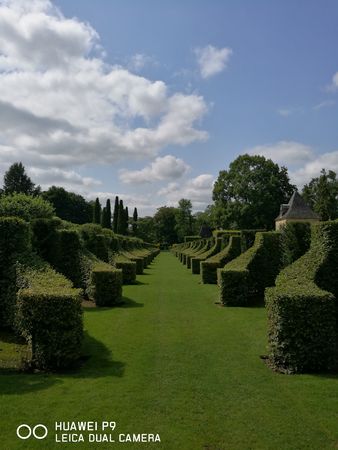 The Vallée de la Dordogne links Sarlat and the Périgord Noir, its famous prehistoric caves in the Vézère valley, listed as Unesco Heritage; its medieval castles ... North of the Lot, a veritable setting bringing together world-renowned sites such as the city of Rocamadour the famous abyss of Padirac or a number of villages among the most beautiful in France. It is also the region of magnificent parks and gardens like Eyrignac and Marqueyssac. 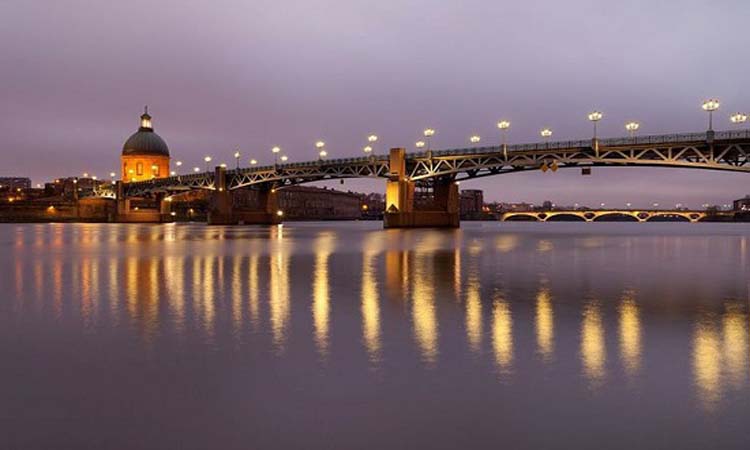 The pink city built along the Garonne is also the economic capital of the Region. She knew how to attract as much large companies international as Airbus as young people with numerous universities. Toulouse allies the heritage with the Basilica Saint Sernin, the Capitol, the Convent of the Jacobins as well as numerous Roman vestiges and the modernity with the City of the Space...
Most great pleasure is to stroll in streets, parks and gardens while stopping in the numerous bars to nibble at tapas at the aperitive time.

Between Toulouse and Albi, the city of Graulhet is the cxenter of leather industry. You will find on site manufacturers of leather goods, skins, tidbits ... 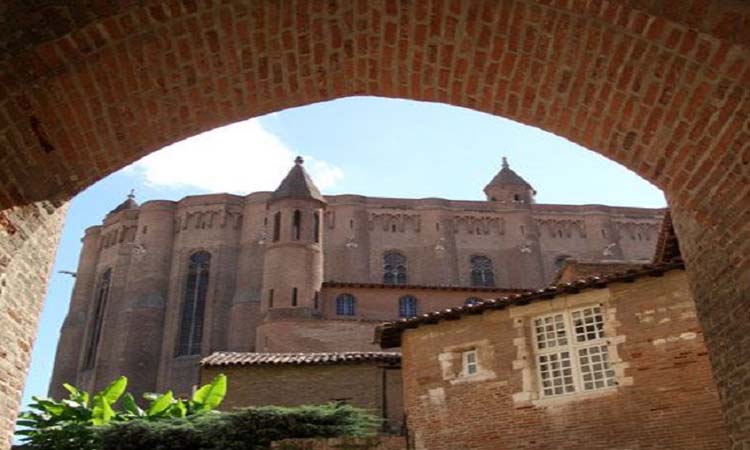 The city of Albi owes its reputation as Episcopal City the peculiarity of which is that its architectural ensemble is completely constituted by bricks both for the Sainte Cécile cathedral and for the episcopal Palace into which is inserted the new Toulouse-Lautrec museum containing a magnificent collection of the artist. 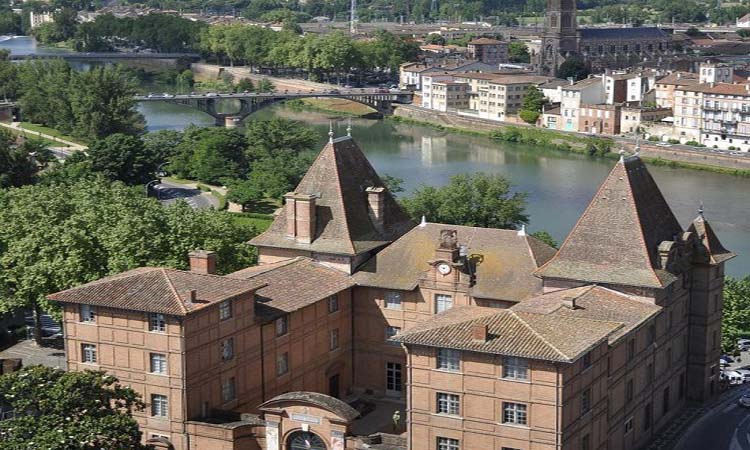 Situated not far from Toulouse, on the Tarn, Montauban is a former medieval city the architecture of which evolved according to the centuries and preserved numerous vestiges of every period what makes her eclectic and interesting to visit.
Gourmandises : Pâtisserie Alexandres 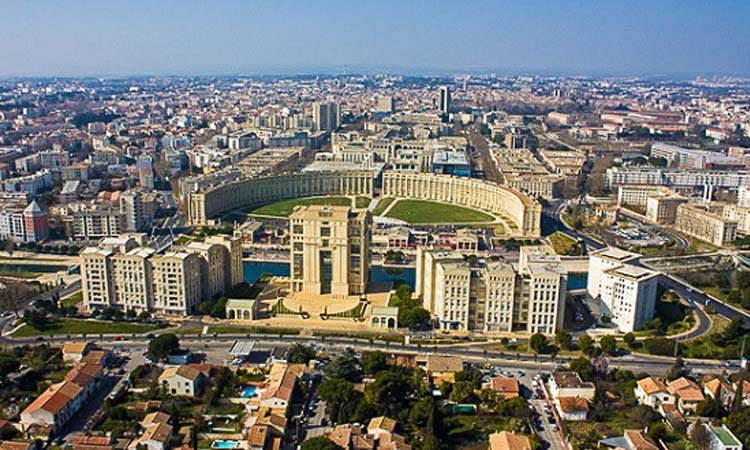 Young and alive city, Montpellier is full of charms and offers numerous centers of interest.
You will walk in l'Ecusson, the old medieval city, from the Comedy square to that of Canourgue, by borrowing "circulades" with their numerous mansions...
As the city followed its time, numerous districts were fitted out in contemporary architecture as the City Hall (Jean Nouvel), the Antigone district realized by Ricardo Boffil and the Fabre museum which presents a beautiful collection of Flemish, Dutch, Italian, Spanish and French great masters, Delacroix to Géricault including Courbet, Véronèse, Pierre Soulages and a wink to the art with the new "tramway" route drawn by Christian Lacroix... 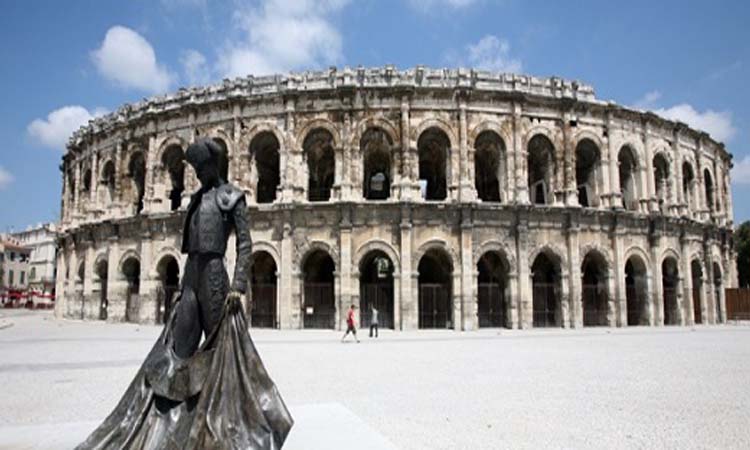 Born in the VIè century, Nîmes is a city rich in history where the water and the stone are confidentially connected as the spring of the god Nemausus at the origin of the city, the aqueduct of Nîmes with the Pont du Gard... The Square of Art, the museum of contemporary art realized by Norman Foster, comes to underline the contrast between the old and the contemporary...
Nîmes is also very renowned for her Féria (Pentecost and Vendanges) with bull races which take place in the magnificent Arenas... A City of festive atmosphere which we find especially in the evening at the water's edge on the numerous restaurants terraces...

Fortified town, strategic city, Cathars City, Carcassonne takes its peak from the 14è century. Fortunately time preserved the main work, the old town and its impressive ramparts in the undefinable charm. Walk in alleys takes you in an another time. Both sites with the Canal du Midi are classified in the world heritage of Unesco.

CAP D'AGDE
By the sea, the city of Agde goes raises in the time of Greek, it served as base for the trade. We have an interesting contrast between the old town and the beaches which make it a major holiday resort.

PEZENAS
City of fairs in the Middle Ages, Pézenas was the place of residence of the Montmorency, governors of Languedoc.
A city of art and history located not far from the Cap d'Agde golf course and the Saint Thomas golf course. Admire the sumptuous mansions and round the charming cobbled streets open the doors of the many stalls run by artisans.
Molière lived there, history mingles with legend: the armchair in which he sat, at the barber Gély from where he listened to the "good people", the inn of the silver pack where he feasted with the poet d'Assoucy, the Château de la Grange des Près where the Prince de Conti welcomed him ... Pézenas still echoes the farces of the illustrious theater and cultivates the memory of the greatest ambassador of the French language.

PERPIGNAN
(French) capital of Catalonia, Perpignan offers a cultural specificity turned on the traditions as Sardana, Catalan typical dance, the Procession of Sanch (Holy Friday) and the station of which was considered by celebrate painter Dali the place of its mystic genius and as the " cosmic center of the universe ".
The Palace of Kings de Majorque and her houses painted in filler of warm colors confer her beautiful aspect.

CERET and COLLIOURE
If it is a bend to be made, it is the visit of the city of Ceret and the city of Collioure not far from Golf du Domaine de Falgos and Golf Resort Saint Cyprien. Dating Kings of Majorque (13è century), besides sound Heritage, it is also the city of the painters attracted by the fantastic light, in particular Picasso, Braque, Juan Gris and Chagall ... Paintings we find in the famous museum of Modern Art.
Collioure , this attractive port strengthened with its castle residence of kings of Majorca is worth to visit

Capital of Hautes Pyrénnées, Tarbes extends along Adour and presents numerous historic sites and beautiful
Walks. The city is at the origin of some famous characters as Maréchal Foch. It is today a young city with several universities and have her sport reputation in Rugby...

Major Place for pilgrims, Lourdes lives around its sanctuaries and the "Grotte" where took place the miracle of the appearance of the Virgin. More than 6 millions of pilgrims come every year in the hope of a cure which, if it is not still physical, is always moral. Outside the city are to be seen Cirque de Gavarnie and the Peak of Midi...