Stony vessel on the mouth of la Rance, Saint Malo raises proudly its ramparts over its beaches and over its port. Facades and appearing towers fortifications give to the city its unique silhouette. To approach the malouine city, the covered way offers fantastic views! Of the door Saint Vincent, in the entrance of the city, deploy the harbour ponds and Saint-Servan. Between bastions Saint-Louis and Saint Philippe, the sight opens on the estuary and Dinard. 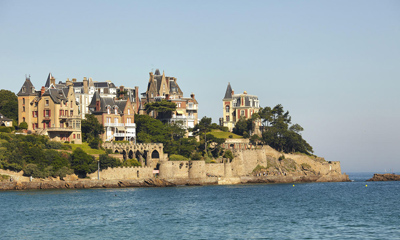 Up to the tower Bidouane, beaches lengthen at the foot of ramparts. In low tide, the sand dries out up to the islands of Grand Bé and Petit Bé. By joining the castle, it is the big beach of Sillon that stretches.

Somes miles from Saint Malo you will go to Cap Frehel. Bracing walks, soaring cliffs, attractive beaches, stunning views over the Emerald Coast and the Channel Islands, a seabird reserve, an historic lighthouse and a fortified castle straight out of a story book – the wild and windswept area around the Cap Fréhel peninsula has got plenty to interest. 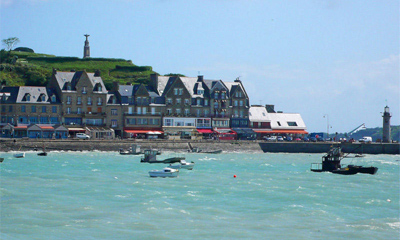 This attractive fishing port savors as much by the look as by the mouth roof. Elected remarkable site of the taste, Cancale is considered for a long time as its oysters and its shells. Indisputable asset, these iodized delights appreciate by admiring the marvel that is the Mont Saint-Michel, set in the middle of the bay. In low tide, the oyster parks cover the landscape on 366 ha. Formerly dredged, the oyster of Cancale is raised today. The wealth in plankton of TheBaie du Mont Saint-Michel gives her its typified taste.

Important sites to see around Cancale 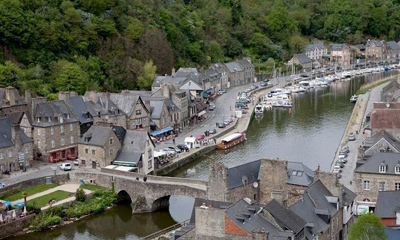 Dinan is without doubt one of the most attractive and best preserved small towns in Brittany. With its 1.8 mile (3km)-long ramparts, half-timbered houses, attractive port and cobbled streets filled with art galleries and craft shops, it’s worth a day of anyone’s time.

Important sites to see around Dinan 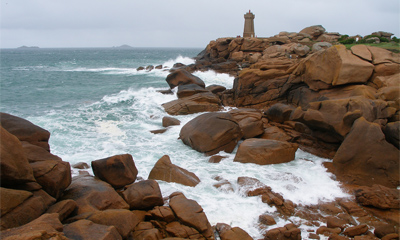 The Pink Granite Coast, so-called because of the colour of its rocks, is one of the most beautiful stretches of Brittany’s coastline. The area is renowned for its unusual rock formations, the best of which can be found on the coastal path between Perros-Guirec and the port of Ploumanac’h. Visit the major natural sites of the region as well as the Pointe du Raz. At sunset, the pink granite takes on orange tones. A beautiful view.

Important sites to see around Perros-Guirec 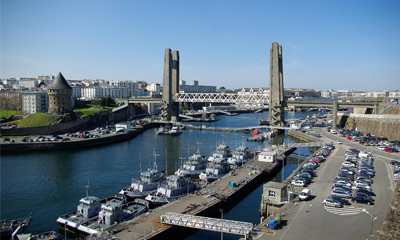 The port of Brest is one of big French naval bases by its strategic location and its immense natural harbour.

Around Brest, you can visit the village of Locronan; the mount Menez-Hom which is one of peaks of the Brittany; the road of the parochial enclosures which proposes you a very original vision of the Catholicism at Pleyben-et-Saint-Thegonnec.

Important sites to see around Brest 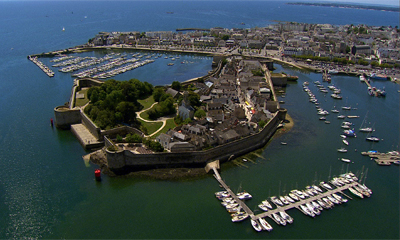 It is certain that by the 14th century Concarneau is a real town surrounded by walls of stone occupies the island still called today the “Ville Close”. To begin with it was a mix of simple fishermen cottages and a few bourgeois houses…

Not far from Concarneau, southward you will not miss Doëlan , Tucked into its estuary near famously arty Pont-Aven and Le Pouldu, Doëlan has remained the archetypal little Finistère fishing port. Normally, when separated by water, communities either side carry different names –here it’s simply Doëlan Rive Gauche or Rive Droite – Left or Right Bank, as in Paris!

Important sights to see around Quimper 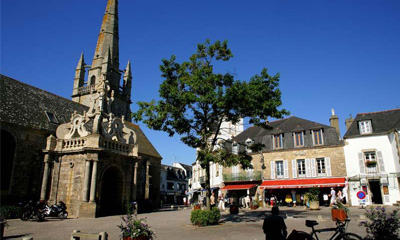 Carnac is known throughout the world for its unique rows of ancient standing stones. The standing stones of Carnac are one of Brittany’s greatest attractions. Three fields – Ménec, Kermario and Kerlescan – contain around 3,000 aligned megaliths, which date from 4000BC. The town is split into two areas: Carnac-Ville, where you’ll find the Museum of Prehistory, and Carnac-Plage, a family seaside resort with a state-of-the-art thalassotherapy centre. Oyster farming is big business.

Once one of the busiest ports in Brittany, picture-perfect St-Goustan is now one of the most popular sites in Morbihan. Enjoy lunch in a waterside restaurant while admiring the half-timbered houses before joining a boat trip around the gulf or crossing the stone bridge to explore Auray.

Important sites to see around Carnac