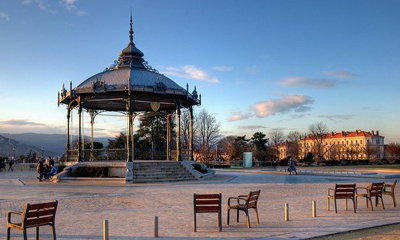 At the gates of Provence, the Drôme is a region rich in diverse and varied landscapes. All subjects are interesting whether cultural, landscape, architectural, gastronomic ... If you want to explore the mountains, the Vercors and its magnificent natural park which recalls the hours of the war years Resistance ... The Plain of Valence , a city which has kept all its charm with some monuments to see as Château de Crussol, The incredible Palais du facteur Cheval, the Pendentif or the Maison mauresque ... the Drôme Provençale is the land of painters, smells of lavender, the vineyards of the Côtes du Rhone and Montelimar, the nougat capital. Don’t forget the high gastronomy with the famous Maison Pic*** Michelin in Valence with Anne Sophie Pic.

A little further, Montélimar is the capital of nougat, an incomparable sweetness composed of honey, almonds, pistachios and ... sugar! it comes in many forms, from brittle to soft. The artisans gathered along the famous Nationale 7 (for those who have known, the most congested road in France!) To sell the nougat to passing tourists. If you find them, of course, in the shops on the highway, it is in town that you will discover the artisans.

Drôme is also a wine producer with the famous Hermitage and Crozes-Hermitage : Syrah for the red, Marsanne-Rocoule ou Roussanne for the white. And also the amazing Clairette de Die, a sparkling wine... 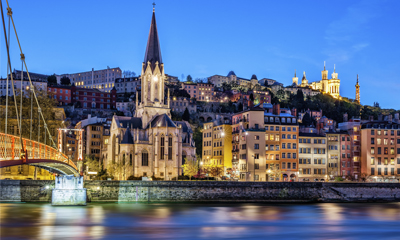 European metropolis, the capital of the Rhone-Alpes region, Grand Lyon is the heir of two millennia of history that have shaped the region. Capital of the Gaules, international trade hub in the Middle Ages, powerful industrial city and today city of research, including medical, Lyon has continued since his birth, to be dynamic. For 2,000 years, the city has continued to embellish with buildings designed by renowned architects such as the Opera, the Romans Fourvières Theaters, City Hall, the Célestins Theatre, the Traboules ... Lyon has also some neighborhoods to visit as the famous Croix-Rousse and his creators village or the Presqu’île with the Place Bellecour, the stock exchange ... or even further, the Musée des Confluences.
We like Lyon and its food, particularly its "bouchons" and their offal specialties à l’ancienne or revisited by bold Chefs ... Otherwise, you have the famous restaurant like Paul Bocuse ... 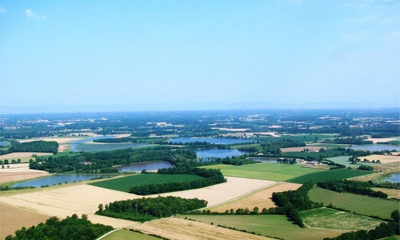 Between Bourg-en-Bresse and Lyon, Rhône and Saône, the Dombes is a wild and beautiful country. Famous for its lakes, its fauna and flora, the Dombes is a place conducive to walking and communion with nature. The visit to the Bird Park in Villars les Dombes give you a real insight into the fauna and flora Dombes. You will be surprised to find so many fortresses castles, walls or beautiful towns like the medieval city of Perouges, the one of Châtillon-sur-Chalaronne or Trévoux. 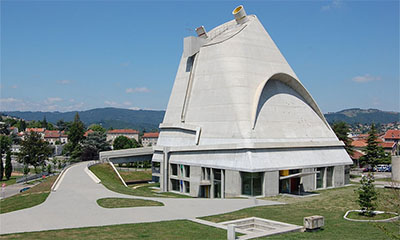 Major industrial town near Lyon, Saint Etienne knew its glory hours with its famous guns factory and textile factories, notably silk.
One of the most visited site is probably the reknowned Firminy. Its construction, decided in 1954, includes housing, cultural and economic complex. This work was due in large part to Le Corbusier and it is the second major site classified as a World Heritage site. See the House of Culture, the Church but also incredible residential buildings. 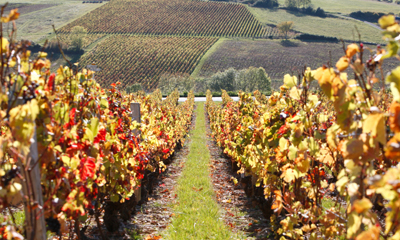 Certainly an area to discover for the beauty of its hilly landscape where grow the famous vineyards that produce the Beaujolais and Beaujolais village, this pleasant and light wine in the beautiful ruby color. This is the country of "golden stone" that characterize the constructions of many hilltop villages like Bagnols, Charnay, Chatillon ... or Villefranche and Arbresle ... Some beautiful castles to see as the castle of Tours Anse, Château de la Chaize at Odenas, Pizay Castle in St-Jean-d'Ardieres, Château de Corcelles in Beaujolais ... 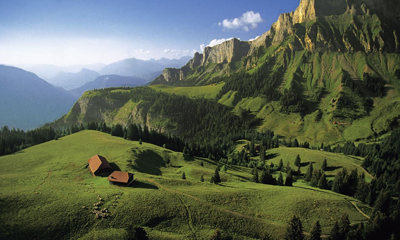 La Savoie is known for its winter sports but it is really attractive in summer! You are not here to discover the long walks in the mountains but to play golf on the beautiful courses which, although they are under snow during winter, are beautiful in summer. If you chose the lakes, you will be delighted. Besides the beauty of the site, there are famous places to visit such as the Cité Médiévale d’Yvoire on Lake Geneva; the Palais Lumière in Evian; Château de Ripaille in Thonon les Bains; Vieille Ville d’Annecy, the Venice of the Alps; Menthon Saint Bernard Castle on Lake Annecy or the Royal Abbey of Hautecombe overlooking Lake Bourget ...
On the gourmet side, the area is full of starry tables following the footsteps of the famous Marc Veyrat, the Chef of cooking herbs ... 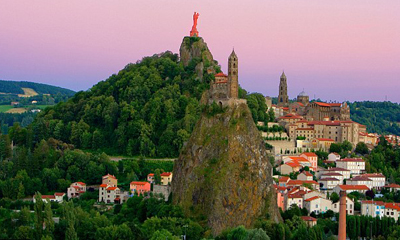 Auvergne is a kind of nature dream. It is the country of volcanoes, the Chaîne des Puys and the imposing Puy de Dôme. Sleeping giants that worth a visit. If you do not have time, go visit Vulcania which is an excellent summary of the volcanic life of the region. It is near the city of Clermont-Ferrand and its rich architectural heritage with Notre Dame du Port, a masterpiece of Romanesque art, a UNESCO World Heritage Site. In the south of the city you are in the Cantal région with its main city Aurillac surrounded by some beautiful castle. Salers, in the north of Aurillac, is one among the most beautiful medieval village in France.
It is also the country's Thermal Cures with its famous spas like Vichy, a timeless city along the Allier, and Mont-Dore in the middle of volcanoes.
At east, Thiers, medieval town of Puy-de-Dôme in the Auvergne, keep since the 15th century and several generations a heritage of expertise in cutlery.
The Castle of the Dukes of Bourbon is at the origin of the city of Montluçon situated in north-west of Clermont Ferrand. The city managed to maintain an interesting listed buildings heritage ...