When the wind has blown away the clouds, one's gaze is invariably drawn across the Channel to the white cliffs of Dover, to these British Isles, the birthplace of golf, where, already in the 19th century, the English gentry thought nothing of crossing the Straits of Dover for a holiday on the Opal Coast.
Indeed, it was two English architects who, one hundred years ago, designed the Wimereux Golf Club on Côte d'Opale, a site replete with history. It was here that Napoleon's Great Army set down its stables. Napoleon III set up camp here. Later, during the First World War, an English military doctor -a certain Alexander Flemming- flouted the compulsory blackout period to practice putting in the light cast by the headlamps of his service vehicle. And, it was here too, in 1940, that bunkers, which, Alas!, had nothing to do with golf, were the targets of Allied bombs. The history of Wimereux course is an eventful one, but the original design was adhered to when the course was rehabilitated after the war. It is not surprising, then, that, on this course that looks out towards the coast of England, one really gets the impression that one could be playing in that country. Set on a cliff, it is a true seaside links whose holes are dispersed among plains and dunes. There are few water hazards and few trees -they would not be in keeping with the philosophy of the course- but there is another parameter that, in spite of its capriciousness, should constantly be taken into account : the wind ! Previous experiences can never serve as a point of reference. What is true one day is rarely true the following and scores can be more variable than the terrain itself, which, in places, approaches the precipitous drop at the edge of the cliffs ! 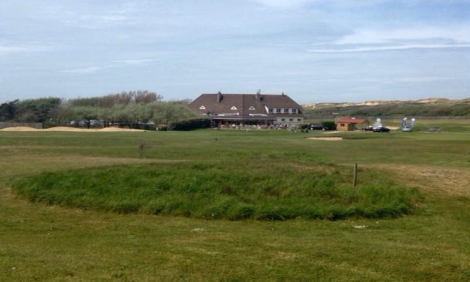 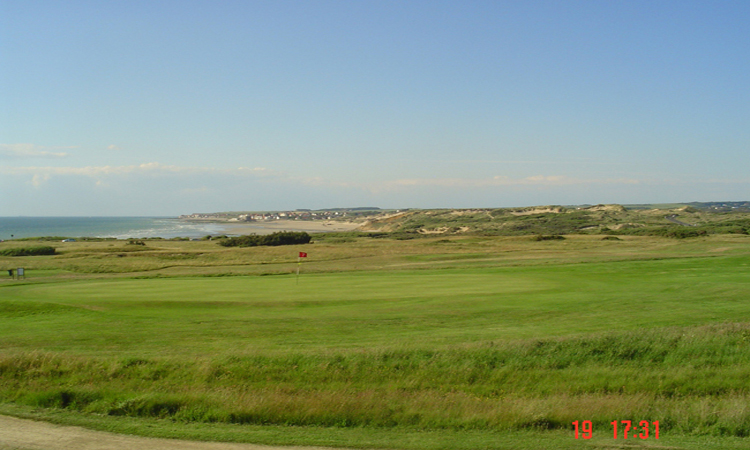 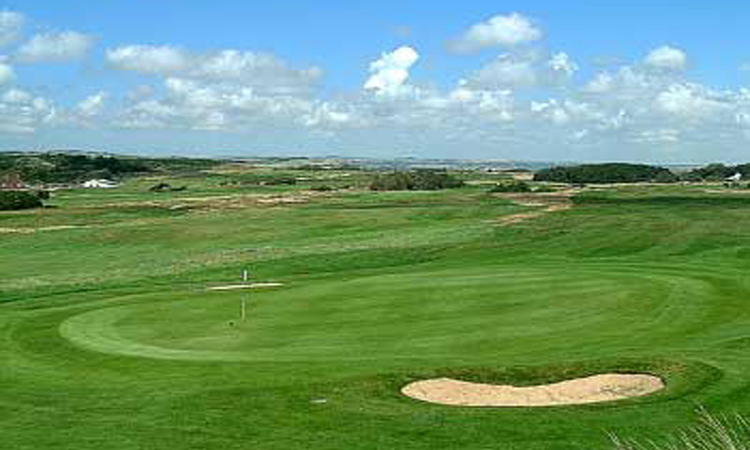 Around of Golf de Wimereux